What do Babies Learn in the Womb? 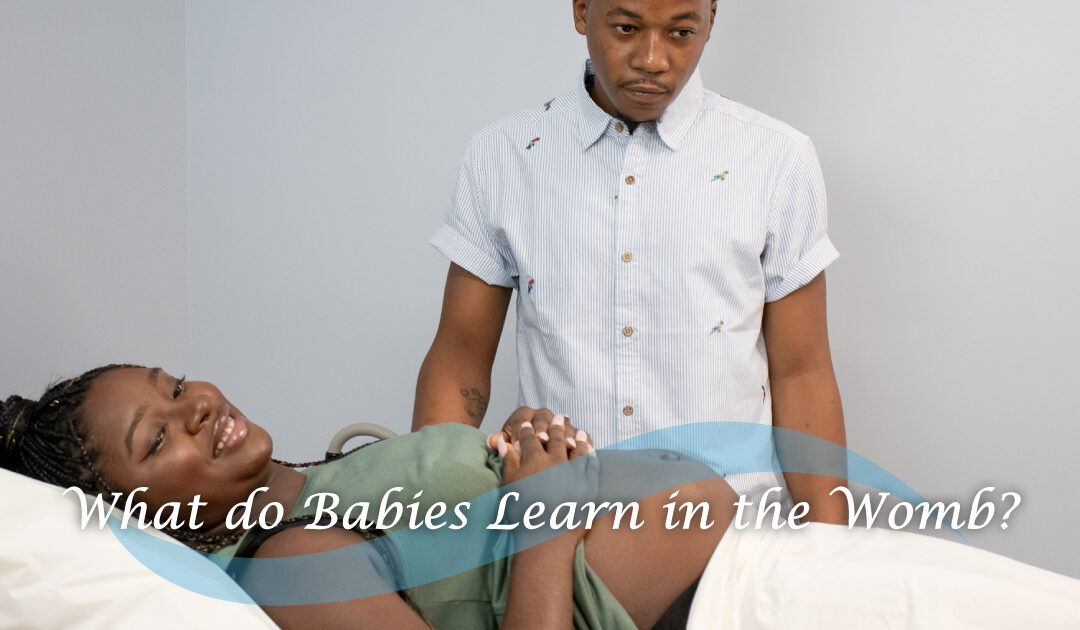 What do Babies Learn in the Womb?

You might have heard people encouraging you to talk to your baby while they are inside your womb. A lot of mothers underestimate this simple yet important gesture, mostly because they believe that their baby can’t hear anything anyway.

However, recent research indicates that fetuses start responding to sounds as early as 19 weeks of pregnancy! Scientists are discovering now that sounds aren’t the only thing your baby learns while in-utero. They are sensitive to emotions and flavors as well!

Things Babies Learn In The Womb

Talking to your baby isn’t as crazy as you might think. A well-known study shows that mother-baby bonding starts within the womb. This is indicated by a baby’s eagerness to listen to their mother’s voice.

Some trials have shown that the fetal heart rate slows down when they hear their mother’s voice. Other researchers used a rigged pacifier that shows that babies sucked more when their mothers started talking in comparison to when hearing strangers’ voices.

So talk to your babies, tell them about yourself, your family, and other random facts you want them to hear. Some mothers also like to read factual books to encourage learning early on. You can also play different sounds, educational recordings, and whatever else you think is good for your baby to hear.

So, try speaking to your baby properly, since they’re learning their speech while you talk. You can also expose them to new languages to encourage learning them later.

A mother’s mental health has a definite impact on the baby. Research has shown that mothers exposed to a particularly stressful time or mothers with PTSD during their pregnancy give birth to babies that are more prone to developing PTSD and other mood disorders themselves.

It is also seen that babies born to mothers with depression are often born with brain developmental abnormalities. While babies born to happy, relaxed mothers are healthier and happier in comparison.

Babies are prone to emotions early on and learn behavior patterns based on their mother’s moods. We encourage you to seek support from The Exchange at Charleston Birth Place if you need assistance supporting your mental health!

Whatever you eat during your pregnancy, a part of it is taken up by the amniotic fluid that surrounds your baby. Thus, babies learn to recognize flavors as early as 8 weeks after pregnancy, when the first taste buds appear. It has been seen that the things mothers eat (or crave) while pregnant can lead to flavor preferences in babies after they are born.

So yes, contrary to popular belief, your baby can learn a great deal before being born. So be mindful of what you say and eat while being pregnant, your baby will know it all!